So I finally get my photo setup situated and started shooting tonight. I went out with my buddy Dan, a fantastic photographer and fellow designer, to buy the pieces of my photography setup. 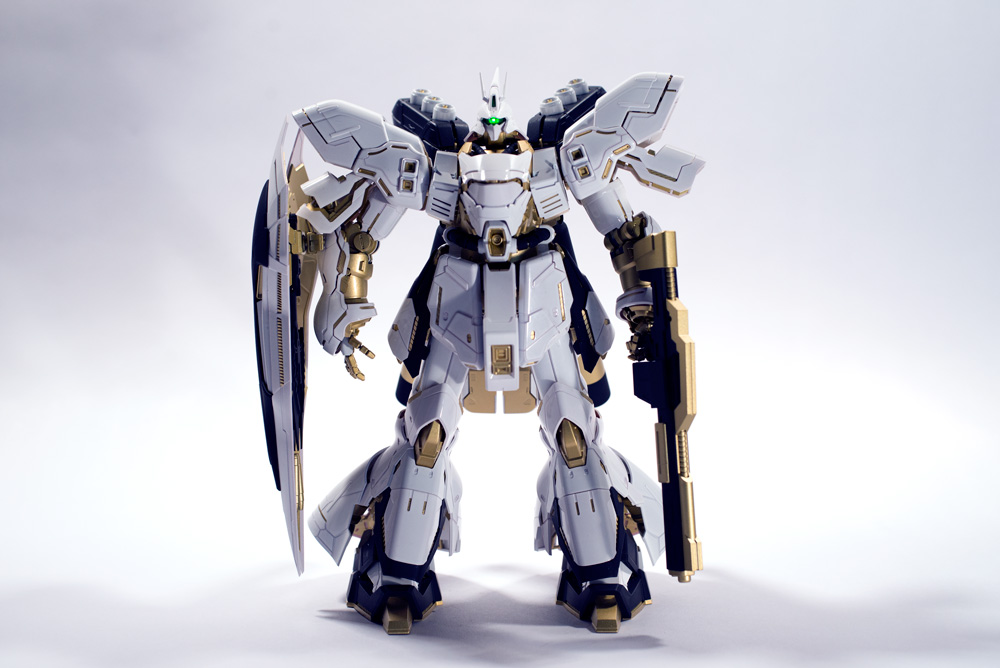 I still have some work to do on the lighting, but it’s coming together nicely! I used a rig of metal pipes from Home Depot with a roll of white paper in the meantime. I prefer to use a black backdrop for a while suit like Sazabi, but when you start shopping for photo gear at 6 pm on a Friday night, beggars can’t be choosers! I am going to try and head out this weekend to get some proper lights and some seamless. I’m not a big fan of the texture the paper is giving me.

Before setting up the photo rig, I primed the Sinanju Stein! I decided to use the Titans color scheme on the Stein instead of the Nu Gundam. I talked it over with a couple other custom paints and my fellow gunpla nuts over on Reddit, and decided that the Stein would look pretty awesome with the treatment.

The project after the Stein will be the Banshee MG kit. I have a couple techniques I want to try out before I dive into the model itself, but I have a unpainted Ver Ka Unicorn I will be testing a few of those techniques on. I’ll post later this week once I get further into both of the before mentioned kits.