Hey folks. I’m Eric Aichele and I’ve been doing web design for around a decade. I plunged into udacity.com‘s iOS Developer NanoDegree program this week in my quest to become an iOS Developer.

I’m not a 100% novice, as I took a Mobile Development course at General Assembly in the summer of 2015, but I was still a little apprehensive that I’d forgotten most of what I learned. Luckily, it’s all coming back slowly. This is my first week of classes and I’m going to be posting a daily status on my progress.

2016.03.17 – Day 03
Today was a code review kind of day. Luckily, a syntax review was on the menu. I dig into the review and it was very apparent that I hadn’t touched this language in 6 months. Most of it came back pretty easily, but I had a couple issues that I hadn’t used very often that I will need to address: 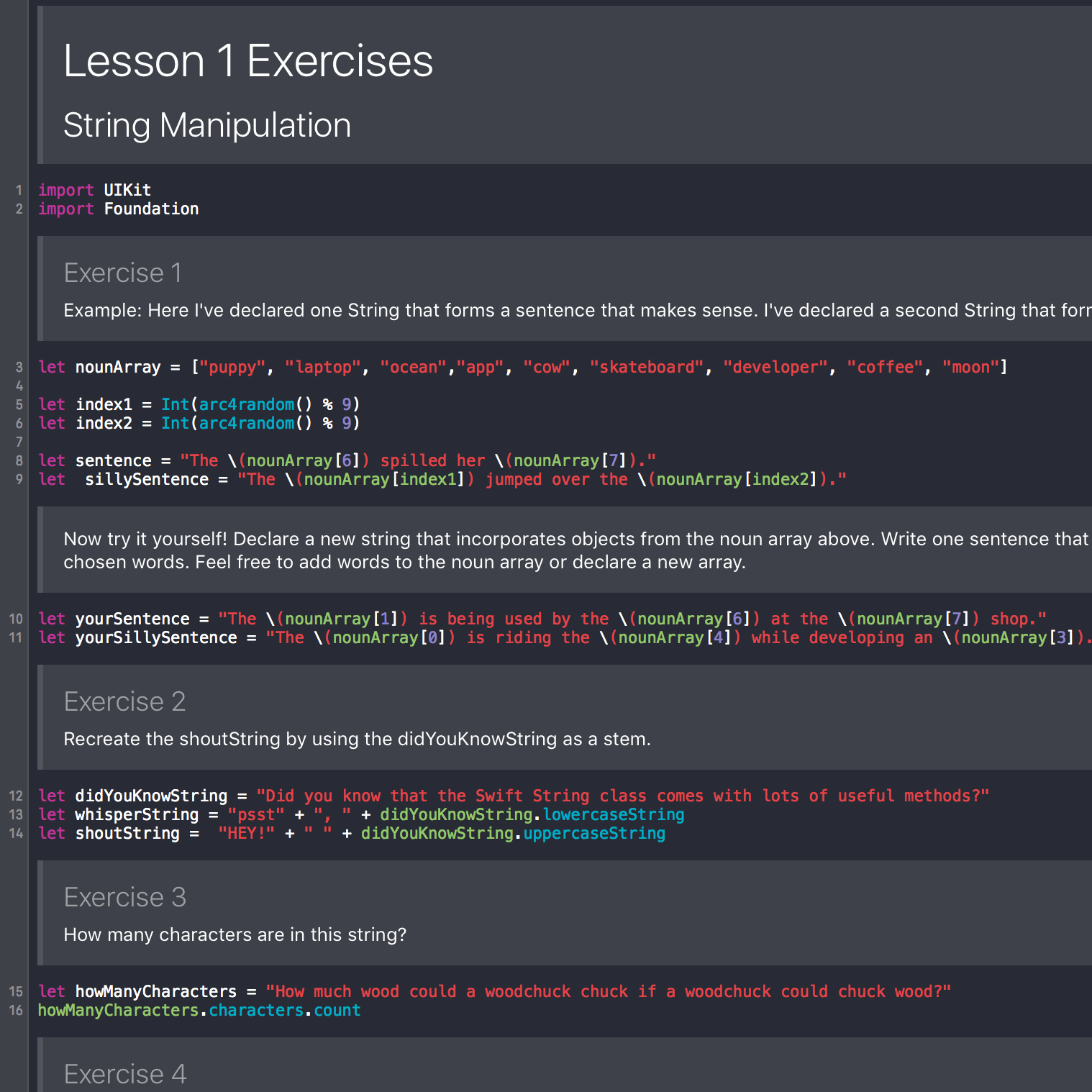 I had little issues with Arrays, but for whatever reason dictionaries gave me a bit of an issue. My new way of doing things is when I hit a road block, I add it to my next day’s to do list and dig into it then. So that is my current plan. I’ll hit up Treehouse or Code School or even just dig into the Apple documentation in order to solidify the concepts.

For loops have always been an issue for me as well, but mainly because the syntax. I get the concept, you loop through until you read a particular result, but getting it all situated was hanging me up a bit.

2016.03.16 – Day 02
Finished up the project today. We added the rest of the functionality of the app so we now have the following:

I haven’t really tweaked the UI much on this yet because I am trying to focus on the coding, but the urge to toss all of the assets and make my own is strong. FOCUS.

The learning style for these tutorials is very strange but its also working out alright. It’s forcing me to look for specific things instead of my old tactic of vague google searches. I found out about all of the toolkits I needed to work with and went from there.

Udacity has a submission system that accepts zip files or GitHub repos. Not wanting to be a scrub, I’ve decided to dive into the Git tutorials. I think the rest of my afternoon will be spent getting that all set up. I might actually link to the projects on these posts as well. 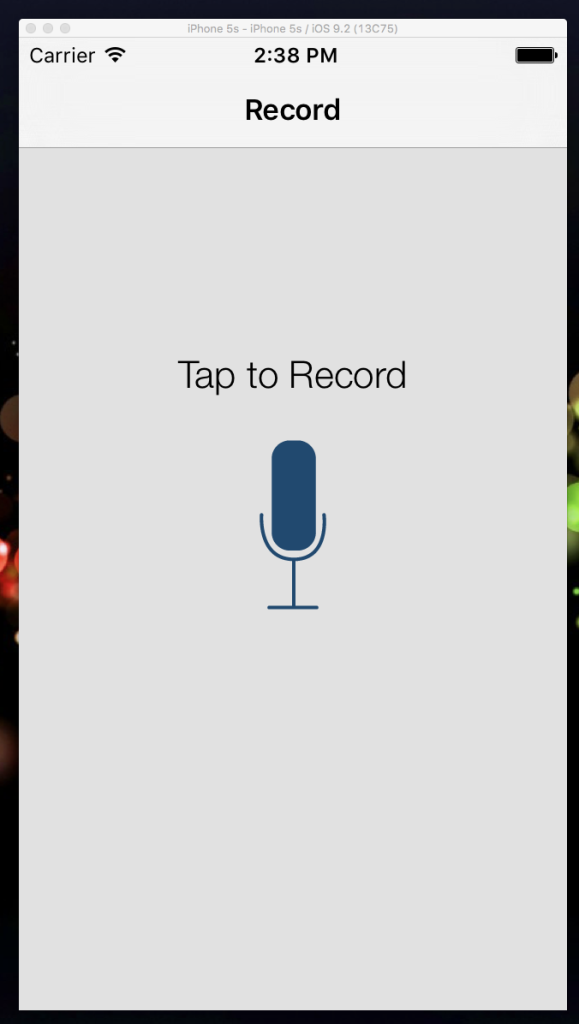 2016.03.15 – Day 01
Udacity uses projects for your portfolio to teach the concepts. Our first project was to create an app that changes and modulates a recorded voice. Creating the interface was the first step of the process and helped me get back into the idea of the interface builder.

Instead of actually recording audio, we’ve been using a .mp3 file of Forest Gump saying “Life if like a box of chocolates.” I am very tired of hearing this. Luckily, the app is working and I’m super excited to move onto more depth and working with recording my own audio. I’m still getting used to their teaching process and its a slow road.

I was worried I would have to go back and do some remedial training to get myself back onto the Swift train, as its been over 6 months, but I’ve been remembering things pretty well as I go. I also have a nice code snippet library that I started to curate during the earlier course. I might still hop onto Treehouse’s Swift 2.0 primer as a lot of little things have changed from Swift 1.2.

Also, seriously Udacity, update your videos. Having little Google Docs with the code corrections isn’t cutting it. He’s explaining the concepts in Swift 1.2 and its pretty much all wrong. Kind of irritating. At the same time, its forcing me to read the documentation about everything I am doing, so there’s that. 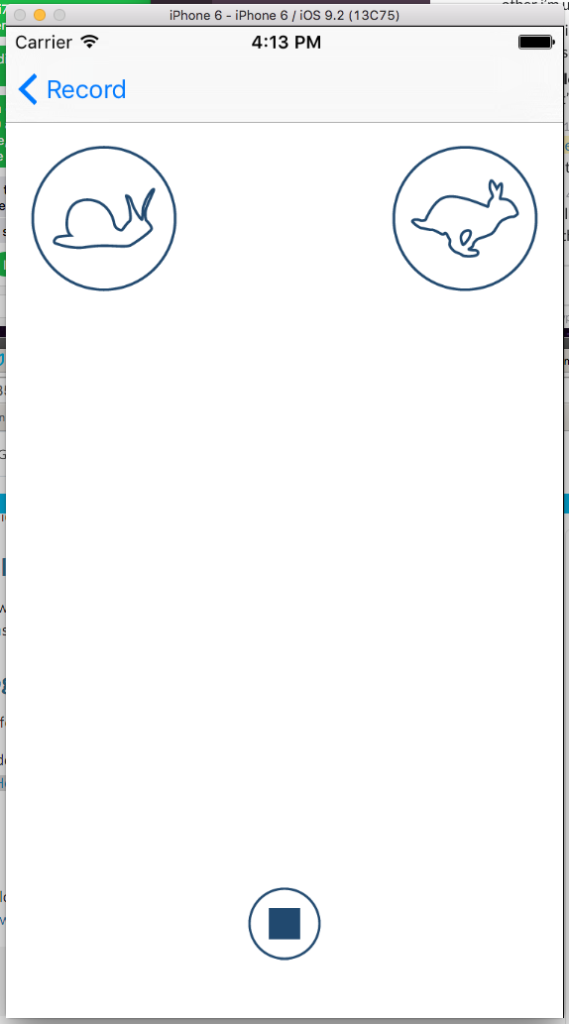